How Can the Age Discrimination in Employment Act Protect Me

Protections Under The ADEA Are Different Than Other Anti-Discrimination Laws

If you are an older worker, you might have seen yourself passed over for promotion in favor of younger workers or found it more difficult to find a new job if you were laid off from your old one. This might have happened if you were less qualified than who was selected. But what happens if you were clearly the most qualified candidate? This cou 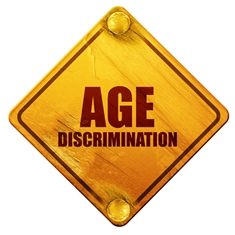 ld be a sign that your employer or prospective employer discriminated against you based on your age. This is illegal under federal and California laws, but is a huge problem in our country that favors the young over older workers. According to the U. S. Equal Employment Opportunity Commission (EEOC), 20,144 complaints—22.5 percent of all the complaints filed—were made by employees for age discrimination in 2015.

How the ADEA Protects Against Age Discrimination

The Age Discrimination in Employment Act (ADEA) prohibits employers from using age as the basis of decisions in all aspects of the employer-employee relationship. It applies in the following situations:

It is not illegal to take adverse actions against an older employee as long as the decision is based on factors other than age. However, the following actions would be a violation of the ADEA:

What Compensation Could You Be Entitled to Under the ADEA?

A victim of age discrimination is entitled remedies under the ADEA that are similar to those under Title VII with a few major differences. If you were discriminated against, you could be entitled to the following relief:

Your Rights Under California Law

The Fair Employment and Housing Act (FEHA) also prohibits employers in California from discriminating against you based on your age. It provides you with additional protections that you do not have under the ADEA. These include the following:

If you believe you were discriminated against at work based on your age, your first step should be to contact an experienced employment discrimination attorney who can explain your legal options to you. Call the firm directly at 949-679-9909 or toll-free at 877-304-7066 to schedule a free, no-obligation consultation.