Home Blog Can My California Employer Require Me To Take A Drug Test?

Can My California Employer Require Me To Take A Drug Test?

When Can My California Employer Require Me To Take A Drug Test? 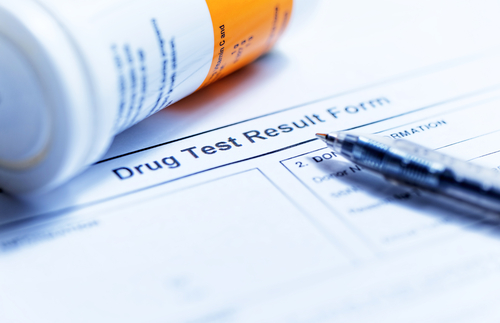 If your employer has asked you to take drug test, you might be concerned about losing your job and have questions about your rights under the law. Thankfully, California law includes strong protections for the privacy rights of employees. These rights are included in California’s constitution and ensure that the circumstances under which employees can be required to submit to drug tests are very limited.

California courts have ruled that employers may require drug testing as part of the job application process, so long as all job applicants are required to take a drug test. Employers are prohibited from singling out individual applicants for testing and cannot require testing based on a protected characteristic like race, sex, religion, disability, or sexual preference.

Not for promotions: While employers can require a drug test as part of the hiring process, employers generally cannot condition promotions on passing a drug test, even if the testing policy applies to all employees who apply for a promotion.

The bottom line: drug tests that are not part of the hiring process are generally illegal unless the employer has a good reason to suspect that the employee is impaired by drug use. Random drug screens are generally not permitted. Further, if you are fired for refusing an illegal drug test, you may be able to sue for wrongful termination.

When the work is hazardous or involves special dangers, for example use of power tools or heavy equipment in close proximity to coworkers, random drug testing may be permitted, but only if the employer’s legitimate interest in maintaining a safe workplace outweighs the employee’s right to privacy.

What About Medical Marijuana?

Although California’s Compassionate Use Act (CUA) allows people with certain medical conditions to obtain and use marijuana legally under state law, marijuana remains a banned substance under federal laws. The California Supreme Court has ruled that while the CUA protects individuals from prosecution under California law for marijuana use, it does not affect the relationship of employers and employees.

For this reason, the California Supreme Court determined that an employer cannot be liable for discrimination or wrongful termination for firing an employee who tests positive for marijuana, even if the employee is an authorized user under the CUA. Even so, the testing itself must be non-discriminatory and cannot violate the employee’s privacy rights. Ross v. RagingWire Telecommunications, Inc., 42 Cal.4th 920, 924 (2008).

The bottom line: An employer can terminate or refuse to hire someone who tests positive for marijuana, even if the person has a CUA identification card authorizing the use – so long as the drug testing itself is legal (i.e., its part of the hiring process or the employer has a good reason for requiring the test).

If you have questions about your rights regarding employment drug testing or if you have been fired due to alcoholism or drug addiction, contact the Orange County based Law Offices of Corbett H. Williams. We represent employees who face employment discrimination, harassment, retaliation, wrongful termination, wage & hour, whistleblower retaliation and other matters. If you think you have a claim, contact us today at 949-679-9909.