Both federal laws like Title VII of the Civil Rights Act of 1964 and California’s Fair Employment and Housing Act (FEHA) prohibit employers from discriminating against employees based on a number of characteristics, such as race, gender, religion, or national origin. California residents have even 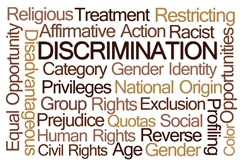 more protections under the FEHA than federal laws because it protects more classes of individuals, applies to employers with as few as five employees, and offers better remedies to injured victims, such as no cap on the amount of compensatory damages for pain and suffering and punitive damages. However, under both federal laws and the Fair Employment and Housing Act, the employee claiming discrimination must show one of two types of discrimination: disparate treatment or disparate impact. What does this really mean?

What Is Disparate Treatment?

Disparate treatment means that an employer singled out a person or a group of employees and treated them differently than others based on a protected classification, such as race, gender, age, or sexual orientation. The focus in these cases is on how similarly situated comparable employees were treated and whether the employer’s decision was based on the victim’s protected status or another reason. Examples of this type of discrimination include:

In order to establish disparate treatment discrimination, the employee must establish a prima facie case that at least appears to show the actions were discriminatory. This is often shown through a four-part test that establishes the following:

What Is Disparate Impact Discrimination?

The employee must present sufficient evidence that the employer’s neutral policy has a disproportionate effect on members of the protected class and is often shown through the use of statistics. These cases can be difficult to prove. Once the employee establishes a claim, the employer must refute it, often by attacking the statistical evidence or showing the policy is job-related and a business necessity. Even if the employer shows this, the employee can still win his case by proving that the employer refused to implement an alternative policy that has a less discriminatory effect on employees.

Were you discriminated against at your job? This is a very complex area of the law, and you will want to contact an experienced employment discrimination attorney to advise you on your rights under the federal and California laws that could protect you. Start an online chat or call us today at 949-679-9909 to schedule a free, no-obligation consultation.