Home Blog Gender Discrimination: Know the Law and Your Rights

Gender Discrimination: Know the Law and Your Rights 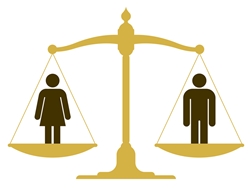 for decades, this continues to be a big problem for employees. Sex or gender discrimination occurs when people are treated differently in their jobs because they are a woman or man. While technically sex and gender mean different things, they are used interchangeably when discussing discrimination, and both types of discrimination are illegal.

It is a violation of both federal and California law for an employer to discriminate against you based on your gender and sex. The two major laws that would apply are:

Ways Your Employer Could Discriminate Against You

It is against the law for your employer to discriminate against you in any aspect of your employment. Common forms of discrimination you should watch for include:

What Is the Difference Between Sexual Harassment and Sex Discrimination?

If you suspect you are the victim of gender discrimination, you could be losing thousands of dollars in wages, benefits, and bonuses as well as being denied deserved promotions that could be beneficial to your career advancement. Under federal and California law, you may be entitled to compensation that includes your back pay, future pay, pain and suffering, and attorney fees. You could also obtain injunctive relief to make your employer stop its discriminatory practices—important for you and co-workers who may also be discriminated against.

Your first step should be to contact an experienced employment discrimination attorney in Irvine as soon as possible who understands the complicated anti-discrimination laws and can help you to not miss the many deadlines under Title VII and FEHA. Start an online chat today to schedule a free consultation.