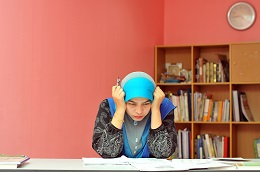 Although it is illegal to discriminate against employees based on their national origin, this continues to be a problem at California workplaces. It probably should not be a surprise, since California has a large and robust immigrant population. However, being part of the great California community does not take the sting—or the financial consequences—out of being the victim of these types of illegal practices.

How Does FEHA Protect Against National Origin Discrimination?

Both Title VII of the Civil Rights Act of 1964 and California’s Fair Employment and Housing Act (FEHA) prohibit employers from discriminating against workers based on their national origin. The definition of natural origin is broad, and it includes the country where the person or his ancestors were born, the person’s physical or linguistic traits, and the person’s family ancestry and cultural background. It is illegal to discriminate against a person’s national origin or perceived national origin.

FEHA gives victims of discrimination more protections than under federal laws. It covers employers who employ five or more employees, in contrast to Title VII, which applies only to workplaces with 15 or more employees. There is no employee limit if the claim is for harassment under FEHA. In addition, FEHA provides for more compensation than federal law because there is no cap on noneconomic damages, such as pain and suffering and punitive damages.

Situations When You Could Be the Victim of Discrimination

Discrimination in all aspects of employment is prohibited under FEHA. This includes hiring, salary, benefits, job duties, promotions, training, and termination. Employers are also prohibited from harassing employees based on their national origin or retaliating against them if they file a complaint against their employer or help another employee making a complaint. Common situations where employees are the victim of this type of discrimination include:

Language discrimination is a form of national origin discrimination. It is also illegal under FEHA and includes treating a person differently due to his native language or other aspect of his speech—such as an accent.

FEHA gives workers more protections from discrimination than Title VII, prohibiting employers from requiring workers to speak English only unless they can show a business necessity and notify the employees of the rules. An employee’s accent can only be the basis of different treatment if an employer can show that the employee’s accent materially interferes with his job performance.

Requiring a Drivers’ License Could Be National Origin Discrimination

On January 1, 2015, a new amendment to FEHA’s prohibition on national origin discrimination became the law. It prohibits an employer from discriminating against an applicant or employee who possesses a drivers’ license that is issued to people who are not otherwise able to show they are legally in our country under federal laws. An employer is not allowed to require a worker or applicant to present a driver’s license unless having a current and valid driver’s license is required under the law and/or driving is an essential requirement of the job the worker performs or the applicant is applying for.

National origin discrimination can be subtle and difficult to prove. Hiring an experienced Irvine discrimination attorney is essential to proving you were discriminated against by your employer and obtaining the compensation you deserve. If you suspect your employer is violating your rights, I urge you to fill out our firm’s online form or start an online chat to schedule a free, no-obligation consultation.