Did Your Employer Violate Any Of These Employment Discrimination Laws?

Work plays a huge role in many Americans lives. Although it has been illegal to engage in employment discrimination for over 50 years, many employers still continue to discriminate against applicants and employees. Victims often pay the price in lost jobs, lower wages, poor treatment, and lack of career advancement.

What Is Employment Discrimination?

category that the person is a member of. Both federal and California laws prohibit discrimination, and it is illegal for employers to discriminate based on factors such as race, skin color, gender, national origin, age, religion, or disability. 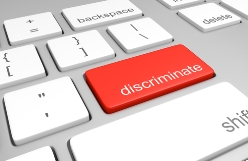 An employer can discriminate in many ways, and the discrimination does not even have to be intentional to be illegal. It can involve hiring, firing, promotions, wages, fringe benefits, and employee treatment. Two general types of discrimination include:

Read more about the difference between disparate treatment and disparate impact in discrimination cases.

One of the main federal laws that prohibit employment discrimination is Title VII of the Civil Rights Act of 1964, which makes it illegal to discriminate based on race, color, religion, sex, or natural origin. Since that law was passed, other federal legislation has also been enacted to protect against other kinds of unfair treatment. The following discriminatory practices are prohibited under federal law:

California has one of the strongest anti-discrimination laws in the country and provides more protections than federal laws. The Fair Employment and Housing Act (FEHA) is the major state law protecting workers and prohibits harassment or discrimination in employment due to the following:

Employment discrimination is a complex area of the law with many statutes and deadlines that victims must meet. If you believe you were discriminated against at work, you need an experienced attorney who understands the laws that may have been violated, the steps you need to take, and the time limits to do so. Call the Law Offices of Corbett H. Williams today at 949-679-9909 to schedule a free, no-obligation consultation.